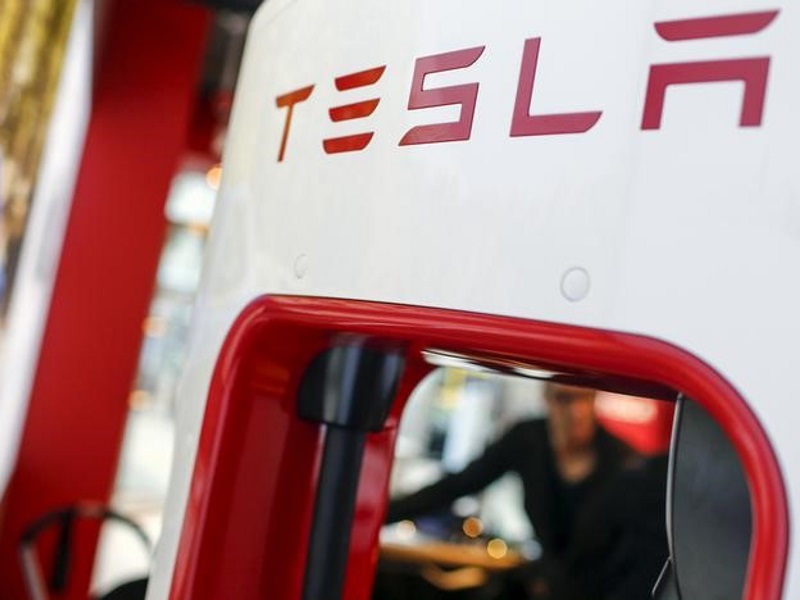 The US Securities and Exchange Commission is investigating whether Tesla Motors Inc waited too long to disclose a fatal crash in May that called into question the safety of a system in the car that takes control of steering and braking, the Wall Street Journal reported on Monday, citing an unnamed source.

Tesla said in a statement on Monday afternoon that it “has not received any communication from the SEC regarding this issue.” The SEC declined to comment.

Tesla shares fell 1.3 percent in after-hours trading following the publication of the report on the Journal’s website.

The stock had risen 3.7 percent during regular trading, following a tweet on Sunday by Chief ExecutiveElon Musk that he is working on a “Top Secret Masterplan, Part 2” for the electric car company.

Musk, hinting at a possible new vision for the company, stated in the tweet that he hoped to “publish later this week.”

In its report on Monday, the Journal said the SEC is scrutinizing whether Tesla should have disclosed the fatal accident involving a Model S sedan operating in Autopilot mode as a “material” event, or a development a reasonable investor would consider important.

It is unclear what action, if any, the SEC will take. Automakers do not customarily report fatal auto accidents involving their vehicles as material events to shareholders. There is no established practice yet for reporting accidents where emerging auto-driving technology may be a factor.

The US National Highway Traffic Safety Administration (NHTSA) already said that it was investigating the May 7 accident in Florida, in which 40-year-old Joshua Brown was killed.

NHTSA is sending a five-person team to Florida later this week to investigate that crash, said Christopher O’Neil, a spokesman for the agency, which makes recommendations to regulators and companies about transportation-related safety issues.

The timing of Tesla’s disclosures about the accident has become an issue for the company in part because Autopilot is key to its image as a pioneer in automotive technology. No other automaker has released to the public a system in which a person can drive with hands off the wheel for an extended period while a car is in motion.

Tesla has said Autopilot should be used as a backup and not as a replacement for the driver, who should keep hands on the wheel all the time, and it has cautioned that the system is in beta, or test, mode.

Musk last week used his Twitter account to mount a defence of Tesla’s decision not to disclose the accident to the public until June 30, when NHTSA said it was launching its investigation.

Tesla said it alerted NHTSA on May 16, nine days after the accident, as it conducted its own internal probe into the crash.

NHTSA said last week that it was also looking into a July 1 crash in Pennsylvania of a Tesla Model X sport utility vehicle to determine whether Autopilot functions were engaged at the time of the accident.

Tesla also said on Monday that it was looking into a crash in Montana. In that crash, according to a report on Electrek, a clean technology transport news website, a Model X driver said Autopilot was engaged when the car slammed into a guardrail. Tesla did not provide any further details.

Lawyers for the family of Brown said they are investigating the circumstances of the crash, and awaiting conclusions from police and federal agencies. Paul Grieco, one of the lawyers for the Brown family, told Reuters his firm has received calls from other Tesla owners involved in accidents, some involving autopilot and others not.

The probes related to Autopilot come at a time when Musk and his high-flying company face pressure on several fronts.

In May, Tesla sold $2 billion (roughly Rs. 13,436 crores) worth of shares, in part to fund Musk’s plan to accelerate development of a new, lower priced electric car, the Model 3. Then in June, Musk disclosed a plan for Tesla to buy residential solar panel installation firm SolarCity Corp for $2.8 billion in Tesla stock.

That plan has drawn criticism from some investors critical of Musk’s role as both chairman and largest shareholder of SolarCity and CEO of Tesla.

At the same time, Tesla is struggling to meet its targets for building and delivering its Model S sedans and Model X sport utilities. The company reported during the long July 4 holiday weekend that it had delivered 14,370 vehicles during the second quarter, short of its target of 17,000 vehicles.