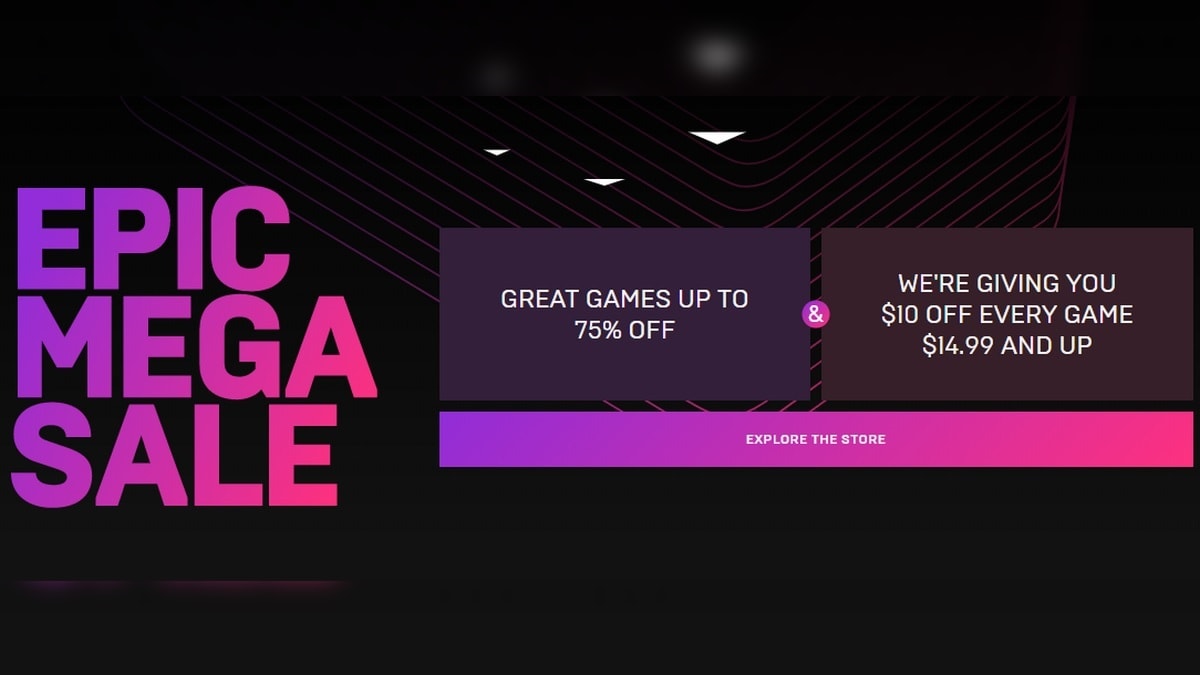 Say what you want about the Epic Games store, but the Epic Mega Sale will surely compel you to double check your stance. As part of the Epic Mega Sale, the store has taken $10 (roughly Rs. 700) off of any game which is priced at $15 (roughly Rs. 1,050) or more. And that is in addition to a discount of up to 75 percent on titles listed on the Epic Games store. Games like the freshly announced John Wick Hex, Borderlands 3, and Hades are up for grabs with hefty discounts in tow. Moreover, Epic Games has also put in place retroactive benefits to grant refunds to users who bought a game just before the sale began.

The freshly announced John Wick Hex can now be pre-ordered at $7.19 (roughly Rs. 500) from the Epic Games store. The Sinking City, Control, and Outward are also available with sizeable discounts in tow. While the discounts in Epic Mega Sale are lucrative, it is worth mentioning here that the discounts are only applicable on the games, and not for content such as DLCs, in-game purchases, season passes, etc.

For users who pre-purchased an unreleased game before the Epic Mega Sale started, they will receive a $10 (roughly Rs. 700) refund on their cart value if it exceeded the $15 (roughly Rs. 1,050) mark. Also, folks who purchased a game from the Epic Games Store between May 2 and May 15, they will also get a refund equivalent to the net discount on a game during the ongoing sale. The Epic Mega Sale is now live and will go through June 13, with the $10 (roughly Rs. 700) assured discount being available in over 200 countries where Epic Games’ services are available.