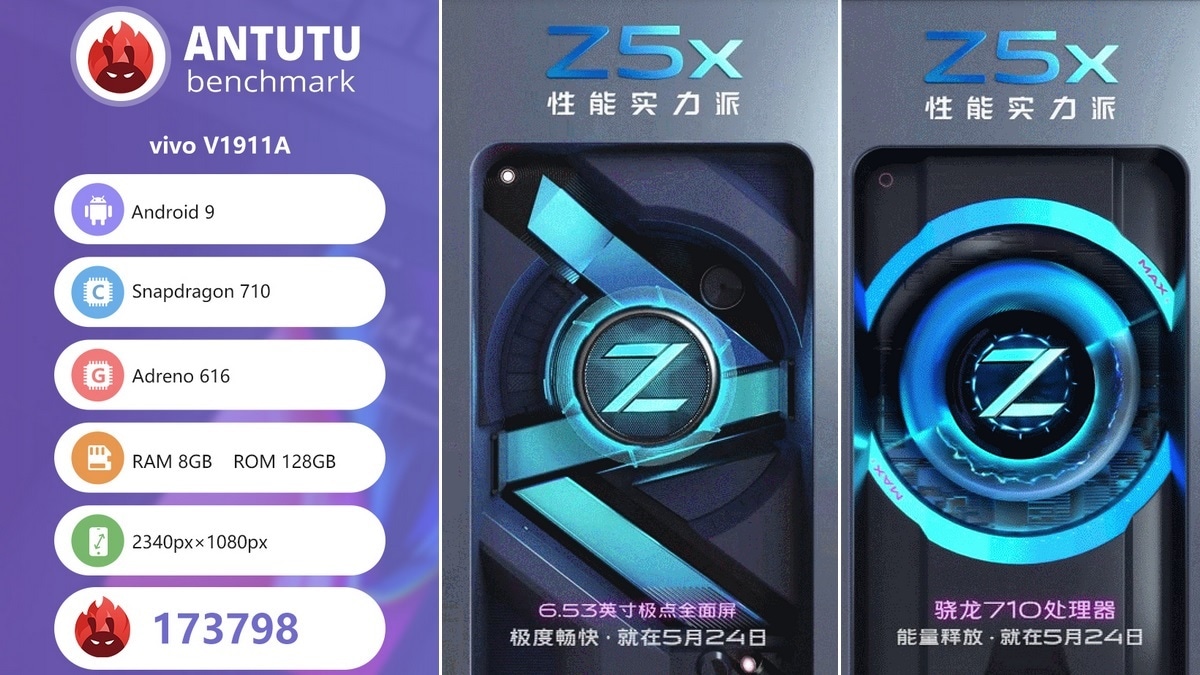 Vivo Z5x is all set to go official on Friday, May 24 in China, and so far, teasers, leaked renders and specifications have given us a fair idea of what the upcoming phone might look like. With just a day left before the official launch, Vivo has released more official posters for the Vivo Z5x that confirm Snapdragon 710 processor and a 6.53-inch full-view display. Additionally, the Vivo Z5x has also been spotted on AnTuTu, and in the process, some of its hardware details such as RAM, display resolution, and internal storage capacity have also surfaced.

Going by the leaked renders via retailer JD.com, the Vivo Z5x will reportedly come in Extreme Night Black and Phantom Black colour options, and will sport a hole-punch display. The phone is tipped to pack triple rear cameras, however, the resolution of the sensors is not known. The Vivo Z5x is tipped to hit the shelves in four variants – 4GB RAM/ 64GB storage, 6GB RAM/ 64GB storage, 6GB RAM/ 128GB storage, and 8GB RAM/ 128GB storage. We’ll get to know more about the Vivo Z5x when it officially breaks cover in China tomorrow.