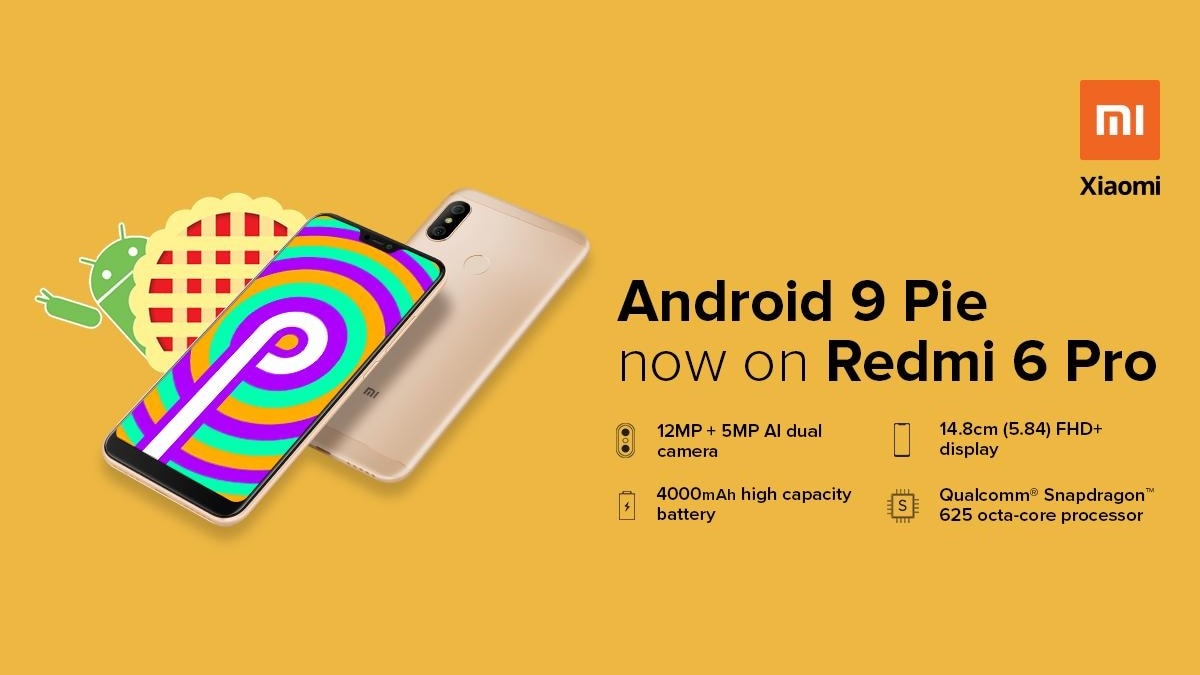 Xiaomi recently kicked off the rollout of MIUI 10.3.2 global stable update for the Redmi 6 Pro in India, which finally upgraded the phone’s operating system to Android Pie. If you are a Redmi 6 Pro user and are yet to receive the OTA, there is some good news for you. Xiaomi has released the Recovery and Fastboot ROM files of MIUI 10.3.2 global stable update in India, so that Redmi 6 Pro users can manually download the update package and check out all the new features that arrive with the latest build of MIUI based on Android Pie.

The MIUI 10.3.2 global stable update for the Redmi 6 Pro carries the software version V10.3.2.0 PDMMIXM and began rolling out a couple of weeks ago, as per user reports. It can now be manually downloaded and installed from the Mi Community forum. Aside from upgrading to Android Pie, the update also brings the May security patch.

Both Recovery ROM and Fastboot ROM links for the Redmi 6 Pro’s Android Pie update are available. Notably, users will have to back up their phones before installing from such ROMs, and should follow this process.

Plus, it also resolves a host of issues such as notification badges being displayed incorrectly on the WhatsApp icon, low battery warning not appearing in landscape mode, etc. In terms of new features, the MIUI 10.3.2 global stable update for the Redmi 6 Pro brings new features such as the ability to restrict the notification shade from opening on the lock screen, redesigned Mi Cloud home page, and more.

Other notable features that have made their way to the Redmi 6 Pro include system-wide Dark Mode, in addition to support for navigation gestures and other usual Android Pie features. The new update also introduces support for ‘face unlock’ in order to secure installed apps. We advise to first check if the MIU1 10.3.2 update has arrived via the OTA channel before proceeding to download the update files manually. You can do so by going to Settings > About phone > System update.