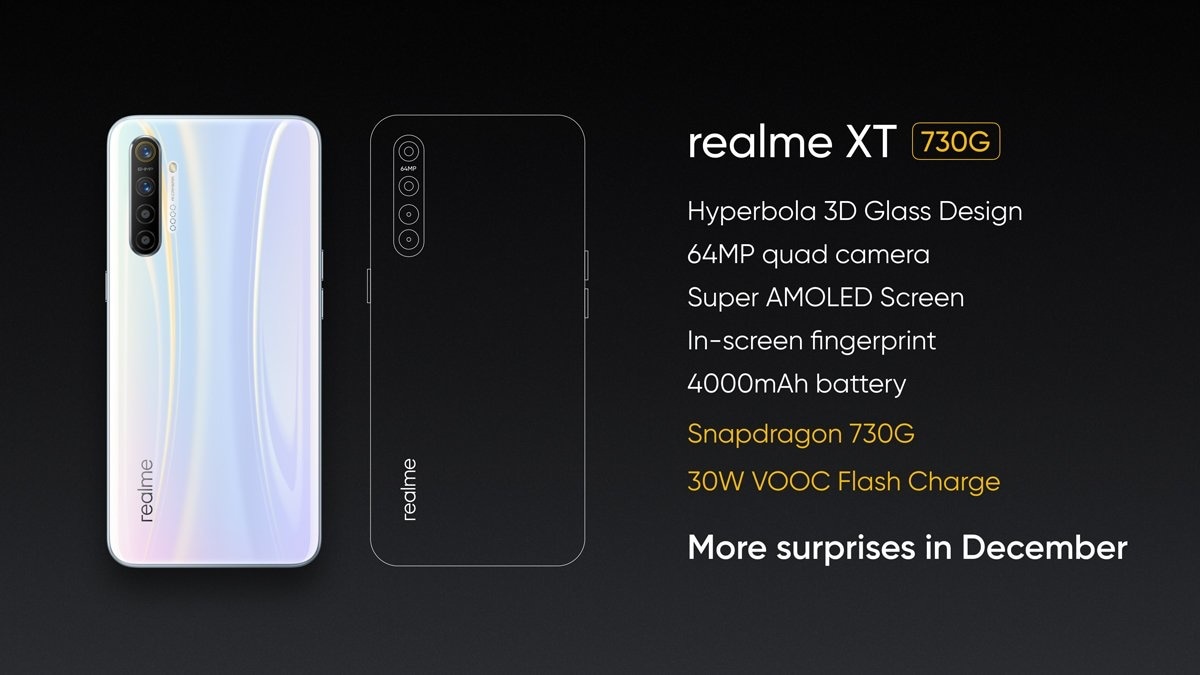 Highlights
In This Article

Realme XT 730G is launching in India in December, the company’s country CEO Madhav Sheth on Friday revealed. The company says it is targeting the phone at gaming enthusiasts. As the name suggests, Realme XT 730G is a variant of the just launched Realme XT smartphone and is powered by octa-core Qualcomm Snapdragon 730G SoC. The company is yet to reveal the pricing or exact release date, however it did share several key specifications of the phone that are going to be exactly same as the Realme XT.

According to the Chinese smartphone maker, Realme XT 730G will sport Hyperbola 3D glass design, same as the Realme XT and come with a Super AMOLED display with an in-display fingerprint sensor. As mentioned, the phone will be powered by octa-core Qualcomm Snapdragon 730G SoC, paired with a 4,000mAh battery. The battery will support 30W VOOC flash charge, 10W higher than the Realme XT.

Further, Realme has noted that the XT 730G will carry a 64-megapixel quad rear camera setup. Although the company has not detailed the other three cameras, they are likely to be same as the Realme XT.

Realme XT 730G’s other specifications haven’t been officially announced, however the smartphone was possibly sighted on Chinese regulator TENAA recently with the model number RMX1991.

As mentioned, Realme will detail the pricing, specifications, and availability information of the Realme XT 730G in December.

Meanwhile, Realme has announced that Realme XT will go on sale in India starting September 16. The phone carries a starting price tag of Rs. 15,999 and goes up to Rs. 18,999. Realme has also launched its first power bank and Realme Buds Wireless in India.