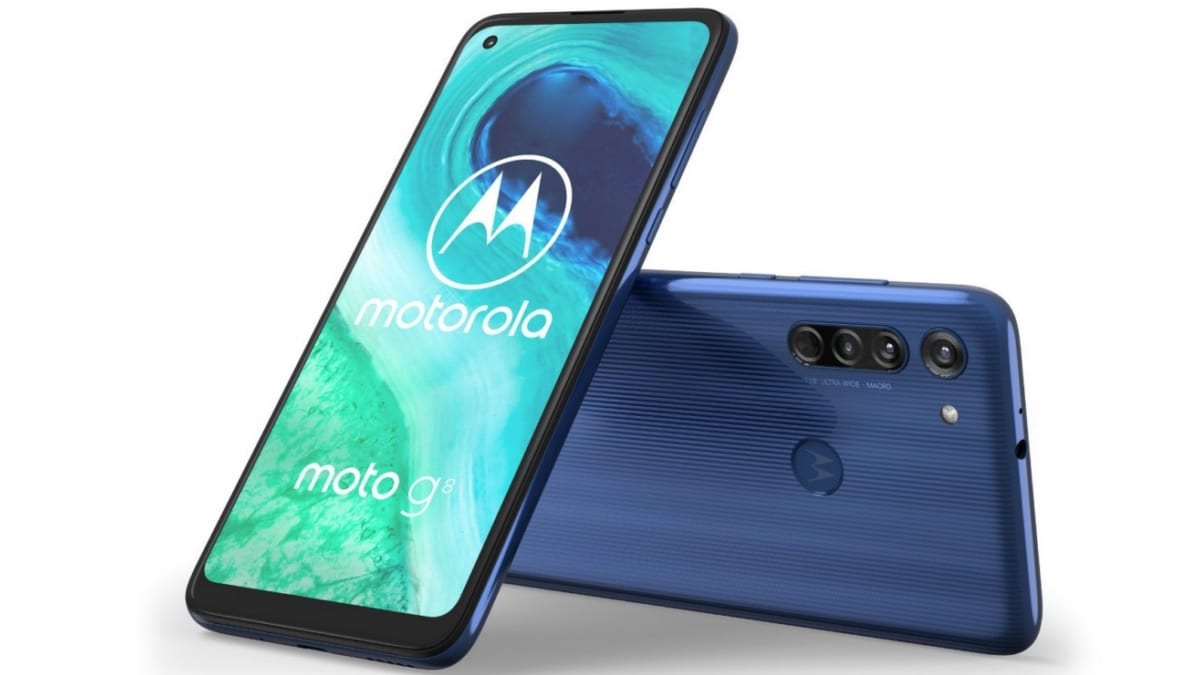 HIGHLIGHTS
JUMP TO
IN THIS ARTICLE

Motorola has finally launched the Moto G8, months and weeks after three core members of the Moto G8 series – Moto G8 Plus, Moto G8 Power, and Moto G8 Play – went official. The Moto G8 flaunts a familiar design that we’ve seen on multiple mid-range Motorola phones in the past few months, but it comes with some notable upgrades. Compared to its predecessor – the Moto G7 – the Moto G8 brings more versatile camera hardware, a 25 percent larger battery, and upgraded Snapdragon 665 processor.

The Moto G8 is currently listed on the official Motorola Brazil website with a price tag of BLR 1,299 (roughly Rs. 21,000). It comes in Pearl White and Neon Blue colours. Motorola says in an official blog post that the Moto G8 will soon be available in more markets across Asia, Australia, Europe, and Latin America. We have reached out to Motorola regarding the arrival of Moto G8 in the Indian market and will update the story when we hear back.