The LG Velvet is expected to be announced on May 7, but by now we already know most of the main features and specifications of the phone, thanks to LG itself. A day before the launch, we have some more live photos and even a full hands-on look at the LG Velvet, thanks to an enthusiastic user who filmed the whole thing. The phone was apparently on display in what looks like an electronics store in South Korea. We now know additional details about the phone, including the RAM and storage variant, resolution of the display and the fact that it will have the IP68 certification for dust and water resistance. 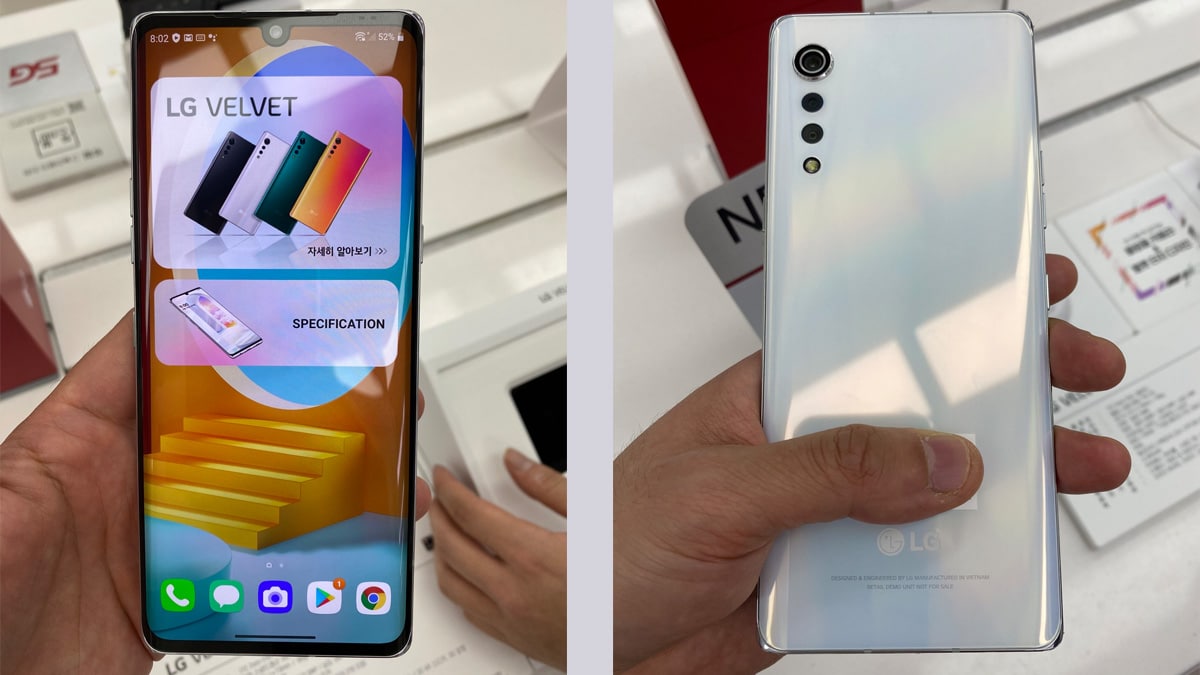 LG seems to have taken a page from OnePlus’ play book, as it officially talked about some of the key features of the LG Velvet about a week ago. We know for a fact that it will have a 6.8-inch display, a Snapdragon 765G SoC, a 48-megapixel primary rear camera, an 8-megapixel wide-angle camera and a 5-megapixel depth camera. A recent leak also revealed that the LG Velvet would support wireless charging.

Now, a recent post on Naver by user Warrigal, shows the LG Velvet from many angles and in two of its colour trims, as reported by AndroidPolice. One of the live photos is of the specifications placard of the phone, which reveals more details. It’s in Korean, but we can still make out some of the specifications.

We now know that the 6.8-inch display will have a full-HD+ resolution and not QHD+. The phone will also measure 167.2×74.1×7.9mm in dimensions and weigh 180g. It will also have a 16-megapixel selfie camera. This model photographed seemed to have 8GB of RAM and 128GB of storage, with the option of adding a microSD card of up to 2TB. There’s of course, the mention of ‘IP68′ too, along with the battery capacity of 4,300mAh, which we already knew. For what it’s worth, Warrigal also mentions “it feels well made.” 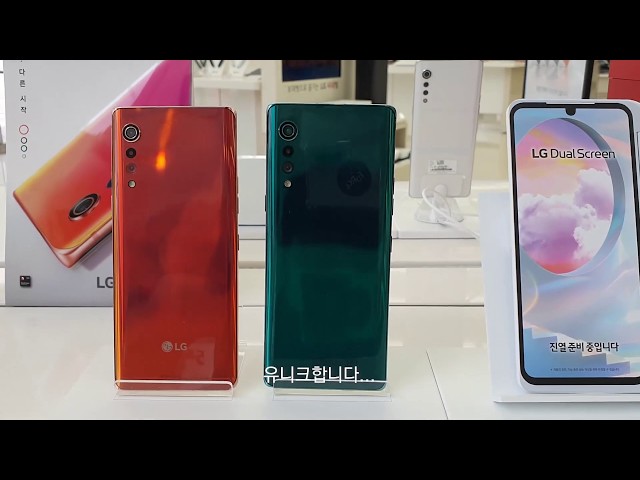 We also have a hands-on video from YouTube channel LIMMADE TV, which appears to be shot in the same store as the live photos from above. Here, we get a closer look at the phone from all angles, a bit of the interface and the camera app. The LG Velvet appears to have slightly curved edges on the left and right sides of the display, but a very prominent forehead and chin. We can see the SIM tray on the top, the power button to the right, volume button and a third button (possibly for Google Assistant) to the left of the phone.

The LG Velvet will also have a headphone jack, seen at the bottom. There seems to be very little protrusion of the rear camera module, which is good. We can also see the back, tapering slightly along the left and right edges. Apart from the Aurora Gray, Aurora White trims, we also get a brief look at the Aurora Green and Illusion Sunset colours too towards the end of the video.